Early this month Palm, the mobile device maker, released a sleek smart phone running the newly minted WebOS. About two weeks later, the company released a set of open source WebOS packages by means of a portal, opensource.palm.com, which has created quite a buzz in the developer community.

We’re glad to report that a key player in this new effort is computer science alum Ibrahim Haddad. As Director of Open Source at Palm, he implements internal and external open source processes and leads the Open Source Review Board that serves as a clearinghouse for all open source activities. 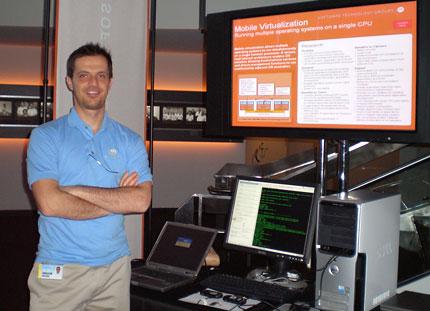 Ibrahim at the Motorola Innovation Conference in 2007, where he won the Big Idea Innovation Award in recognition of leadership and vision.

As of this summer, Ibrahim is also lecturing at the University of California at Berkeley on topics related to open source technologies.

Ibrahim has decades of experience in the field, which he acquired after leaving Lebanon for Canada, where he got a Ph.D. from Concordia University. He has a bachelor’s and a master’s degree in computer science from LAU (1996 and 1998).

His past experience includes stints in Motorola, the Open Source Development Labs (Linux Foundation), and Ericsson.

Ibrahim is co-author of two books on Red Hat Linux and technical editor of four books. He is also a contributing editor for Linux Journal and Enterprise Open Source Magazine, as well as a frequent panelist and keynote speaker. He has received several awards, authored over 100 business, research and technical publications, and served on numerous conference and review committees.

At the OSDL Telecommunication Conference in 2006, which he chaired. 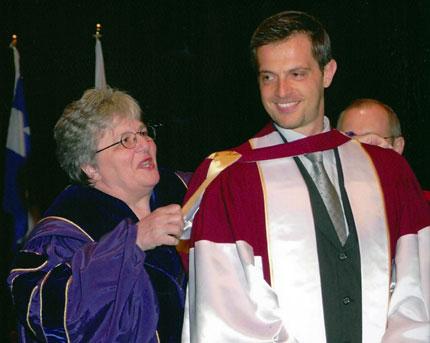