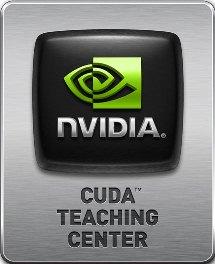 The Lebanese American University received on December 22, 2010 a grant from NVIDIA and was also designated as a “CUDA Teaching Center.”

The CUDA Teaching Center Program is the first program of its kind to be developed and offered to universities and colleges by a hardware vendor.

Among the program’s benefits are the donation of teaching kits consisting of textbooks, software licenses and NVIDIA CUDA™ architecture-enabled GPUs for teaching lab computers, as well as academic discounts for additional hardware, if required.

NVIDIA (NASDAQ: NVDA) awakened the world to the power of computer graphics when it invented the GPU in 1999. Since then, it has consistently set new standards in visual computing with breathtaking, interactive graphics available on devices ranging from tablets and portable media players to notebooks and workstations. NVIDIA’s expertise in programmable GPUs has led to breakthroughs in parallel processing which make supercomputing inexpensive and widely accessible. The Company holds more than 1,600 patents worldwide, including ones covering designs and insights that are essential to modern computing.