International Conference: Religion and Democracy in Europe and the Arab World 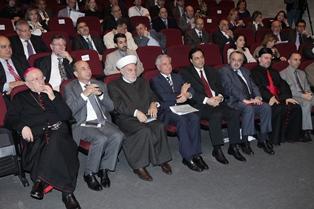 The Department of Social Sciences organized, in collaboration with association ADYAN, an international conference entitled: “Religion and Democracy in Europe and the Arab World” in which various themes were discussed including the concept of “civil state” in the current Arab political and religious discourse as well as the redefinition of religion in the public sphere in both the Arab World and Europe.