The department of Communication Arts is proud to announce a unique visiting theatre production: Hkeelee (Talk to Me). This is a storytelling performance by Lebanese American actress, writer and teaching artist Leila Buck about the lives and losses of her Lebanese grandparents and her journey to uncover their stories, and with them, her own.

Eight years ago, Leila’s Lebanese grandmother began to lose her memory.  So Leila began recording her Teta’s stories, and weaving them into a theatrical work about her grandparents’ journey from Lebanon to the U.S. and beyond.  In 2014 she presented the piece through Zoukak Theatre company’s Sidewalks program.  This winter, in Washington, DC, her grandmother passed away.  Now, for the first time since that loss, Leila will return to Beirut to share her grandparents’ stories, and to bring a part of them, and herself, home. Weaving traditional storytelling and solo performance, Leila moves between her Teta’s voice and her own, as each attempts to understand what it is she must remember.  The result is an interactive exploration of family, memory, language, loss, leaving, returning, and starting over - of what we hold onto, what we let go, and how those choices come to shape who we are. 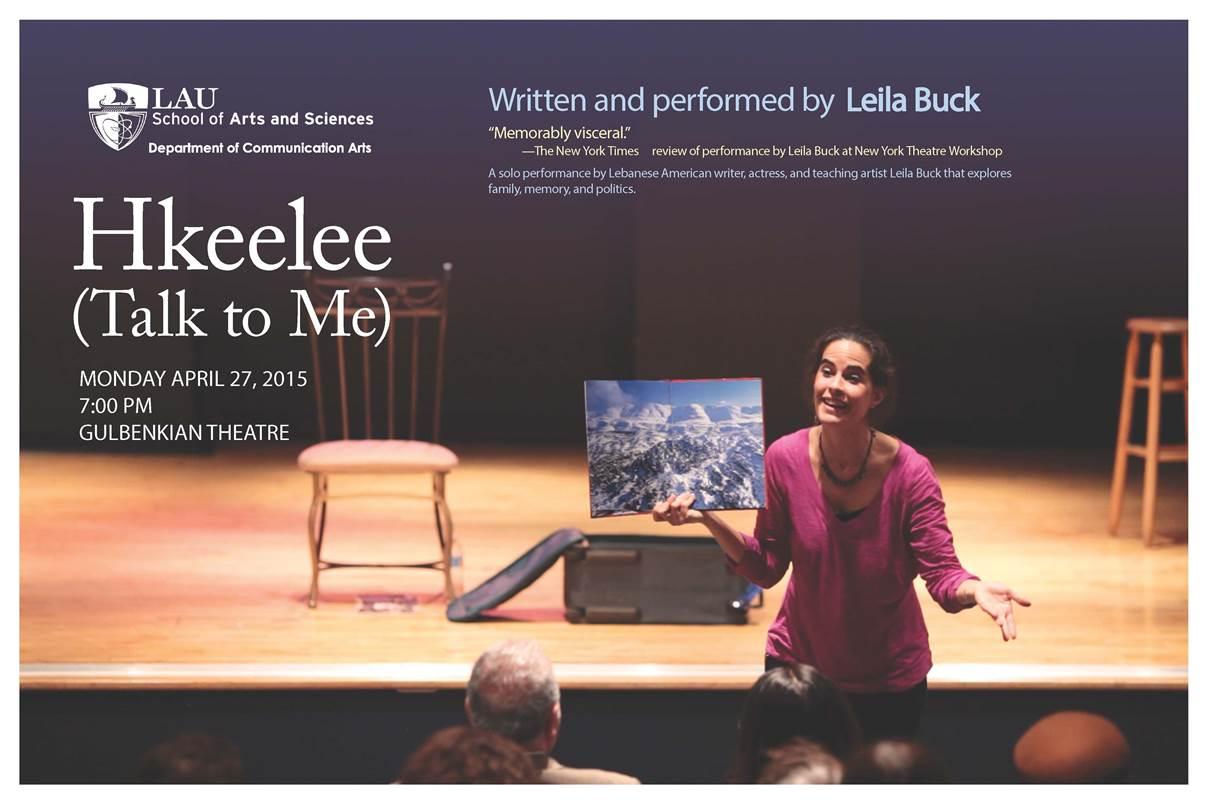