On March 24 Danish members at the Youths Atlantic Treaty Association (YATA) discussed the political system of Denmark and youth activism at the Lebanese American University’s Institute for Social Justice and Conflict Resolution.  The delegates were introduced by the Institute Director Dr. Imad Salamey. 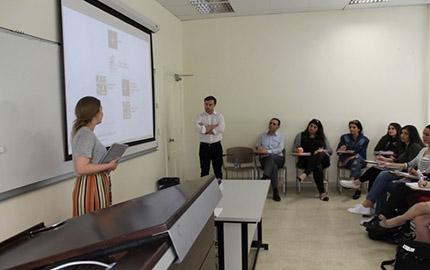 The delegation compared the Danish system to that of other countries including Lebanon. Members explained the work of the YATA as a an organization of  the North Atlantic Treaty Organization (NATO), YATA’s history, its mission, and its roles that include raising awareness about international affairs and relations among states in addition to organizing study trips in different countries.

Members also explained the Danish political system starting with the structure of its government. “Denmark is a constitutional monarchy” with a queen and three branches of government “divided according to Montesquieu’s division of power principle.” The legislative is elected by the population, the executive is formed by and from members of parliament, while the judiciary “is not politicized” and independently formed and managed. A concept that was introduced was the distinction between positive and negative parliamentarism. Denmark endorses negative parliamentarism which implies that the executive does not need to secure the support of or be formed by the majority of members of parliament in order to function. For example, the executive in Denmark now represents 20% of the parliament. 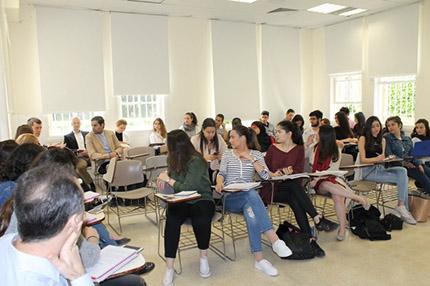 Students and delegates engaged in several discussions and questions about the nature of the 9 main political parties of the Danish parliament, their role as “agenda setters” and their funding by the state to prevent corruption (Denmark funds parties with more than $100 million per year). Also there were discussions about interest groups and the level of engagement of youths in the political realm. Everyone agreed that the youth political participation is low- not only in Denmark but globally- despite the fact that youths do engage in other civic activities that are more humanitarian than political.

Audience showed interest in the Danish case especially that it shares several similarities with the Lebanese system. These include a wide gap between the political class and the public, the big number of parties, as well as similar organizational structures in the two systems. 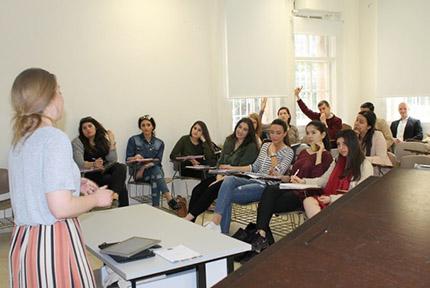 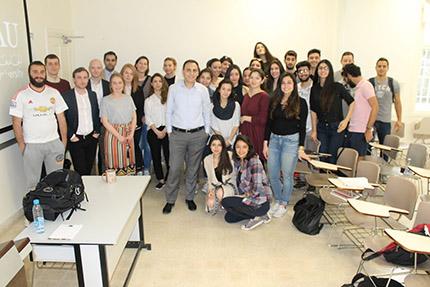