The Department of Social Sciences at the Lebanese American University hosted the “Autumn School Conference on Forced Displacement and Regional Politics in the Middle East,” from October 3 till October 12, 2016 on both campuses: Beirut and Byblos.

This conference - which is an outcome of the fruitful collaboration between the Department of Social Sciences, the “Institute of Development Research and Development Policy,” at Ruhr University Bochum, the “Graduate Centre for Development Studies” at Ruhr University-Bochum, Germany and the “Faculty of Law” at Jordan University - was funded by the German Academic Exchange Service/Deutscher Akademischer Austauschdienst (DAAD).

The “Autumn School” covered several topics ranging from the refugee crisis to gender-based violence and communitarianism. It blended the theoretical aspect with the practical one reflecting “the relevance of the main perspectives in studying International Relations to analyzing current problems in the Middle East,” where the study of the international relations of the region remains “grossly under theorized,” according to Dr. Sami Baroudi, Professor of Political Science at the Lebanese American University and one of the presenters at the conference.

Coming at a critical moment in the region’s history, the lectures couldn’t have addressed a “more salient issue than that of displaced persons, especially as far as the bordering countries of Turkey, Jordan and Lebanon,” says Baroudi. 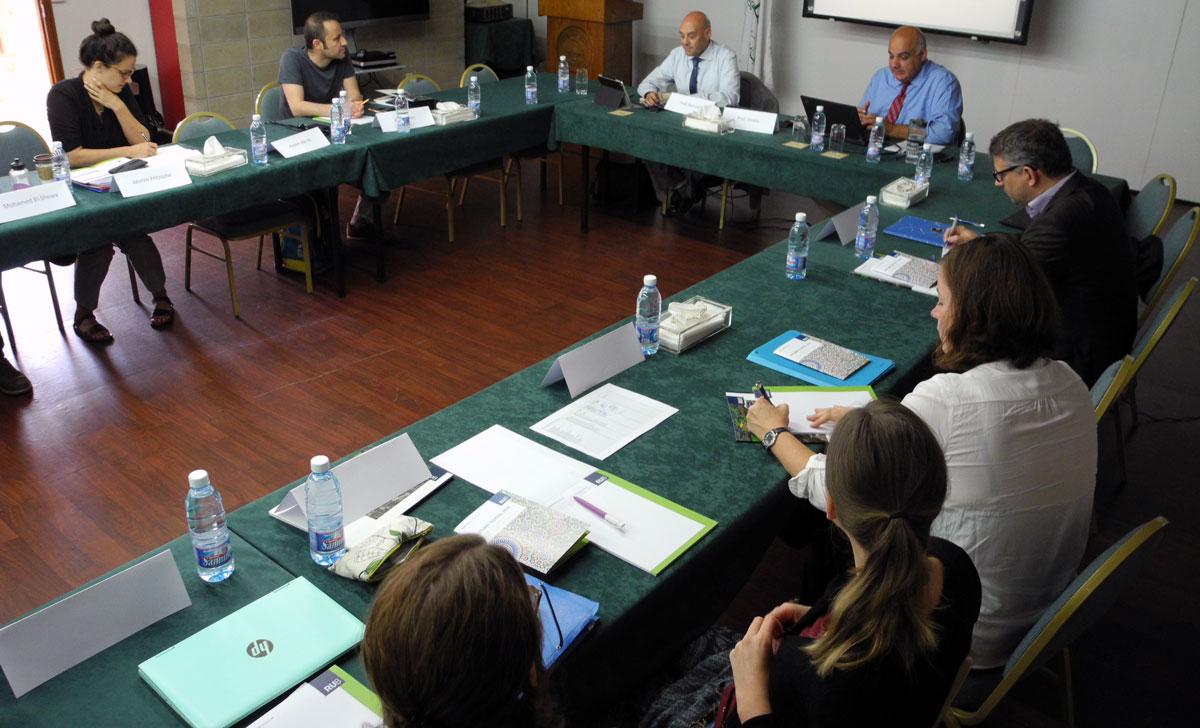 The conference comprised research presentations from ten PhD students, two of whom were former LAU graduates and three MA students. The conference provided an opportunity for these students to share their research findings amongst each other and with the participating faculty from LAU and Germany, hence “soliciting feedback from all the participants, including the faculty supervising the research, on the theoretical frameworks, research designs and methods used to collect and analyze the pertinent data,” Baroudi asserts. Furthermore, the conference went beyond lectures and intense discussions of research projects to include field visits to a number of NGOs, hence providing the attendees with a hands-on experience.

One of the most interesting aspects of the “Autumn School” was the shared expertise of professionals from distinct cultural backgrounds which Baroudi stresses “is one of a number of initiatives by the Social Sciences Department at LAU to bring together faculty from prestigious universities and research centers in Europe, the USA and Lebanon.”Nevertheless, the School didn’t only benefit IR students, but rather students from several majors as it touches upon an issue that affects the population at large. For instance, Amal Saoub, an MA student in Education at the University of Jordan, notes that “this school exceeded my expectations. I have learned a lot from the lectures, group work and field visits.”

The conference ended with a wrap-up session offered by Professor Baroudi and Ms. Jasmin Fritzsche that “provided participants with the opportunity to: share their feedback on the lectures and other activities; voice their views on the “Autumn School” and how it contributed to their understanding of their region and to their research; and provide input on how to proceed with this collaborative initiative,” Baroudi concludes.