Ever since its establishment, the School of Arts and Sciences at the Lebanese American University has constantly intended to merge the benefits of both, the academic and the practical world so as to generate an increasingly knowledgeable generation of students. The “Diplomacy and Consular Services” course (POL432) offered by the Department of Social Sciences, is the ultimate manifestation of this strategy where students practice hands-on experience in the “real” political field exterior to their class environment.

“In addition to regular classes which consisted of interactive lectures, the discussion of reading materials and handouts, as well as short videos, the course included” valuable and worthy events that involved hosting guest speakers to visiting diplomatic missions, according to Mr. Milad Raad, the course’s instructor. 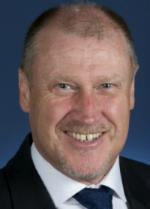 It granted students the opportunity to meet high-profile figures. The first was Mr. Glenn Miles, the Ambassador of Australia to Lebanon who discussed the Lebanese-Australian relations and Australia’s issues of concern in Lebanon.

The second was Mr. Fabrizio Carboni, the Head of Delegation of the International Committee of the Red Cross in Lebanon and the third was Mr. Abdel Salam Sidahmed, the Regional Representative of the United Nations High Commissioner for Human Rights in the Middle East and North Africa region; both of which valuably informed the students on the concept of humanitarian and human rights diplomacy.

Besides hosting such high-profile guest speakers, the course offered the students the opportunity to visit diplomatic missions and prestigious institutions under which they had the chance to interview officials. By including these visits in the course requirements, dividing the students into groups and assigning them into different missions, the course boosted the students’ self-confidence and organized their efforts to make things work out smoothly.

The missions visited by students were mainly embassies; those include: Embassy of Argentina, Embassy of Britain and Embassy of Netherlands; in addition to the Delegation of the European Union and the United Nations Economic and Social Commission for West Asia (ESCWA).

Besides, the 17 students enrolled in the course had the chance to visit the Ministry of Foreign Affairs and Emigrants and interact with professionals in the field, chiefly Ambassador Afif Ayyub, the Director of International Organizations, conferences and cultural relations, Ambassador Mira Daher Violides, the Director of Protocol, as well as the Head of Consular Section, Mr. Antoine Eid, and the Head of Foreigners’ Section, Mr. Basheer Taouk. 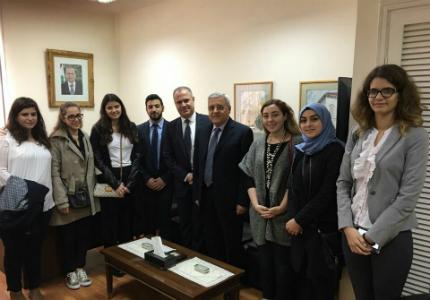 This enriching course embodies the mission of the School of Arts and Sciences at LAU in balancing between theory and practice hence providing students not only with vast learning outcomes but also with profound concrete experiences. 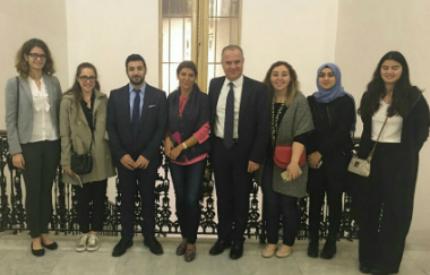