On December 6, 2016, The Institute for Social Justice and Conflict Resolution and the Department of Social Sciences at the Lebanese American University hosted a guest lecturer Francois Farah, who is currently the Resident Representative at the United Nations Population Fund for Romania and the country director for Macedonia, Moldova and Serbia. 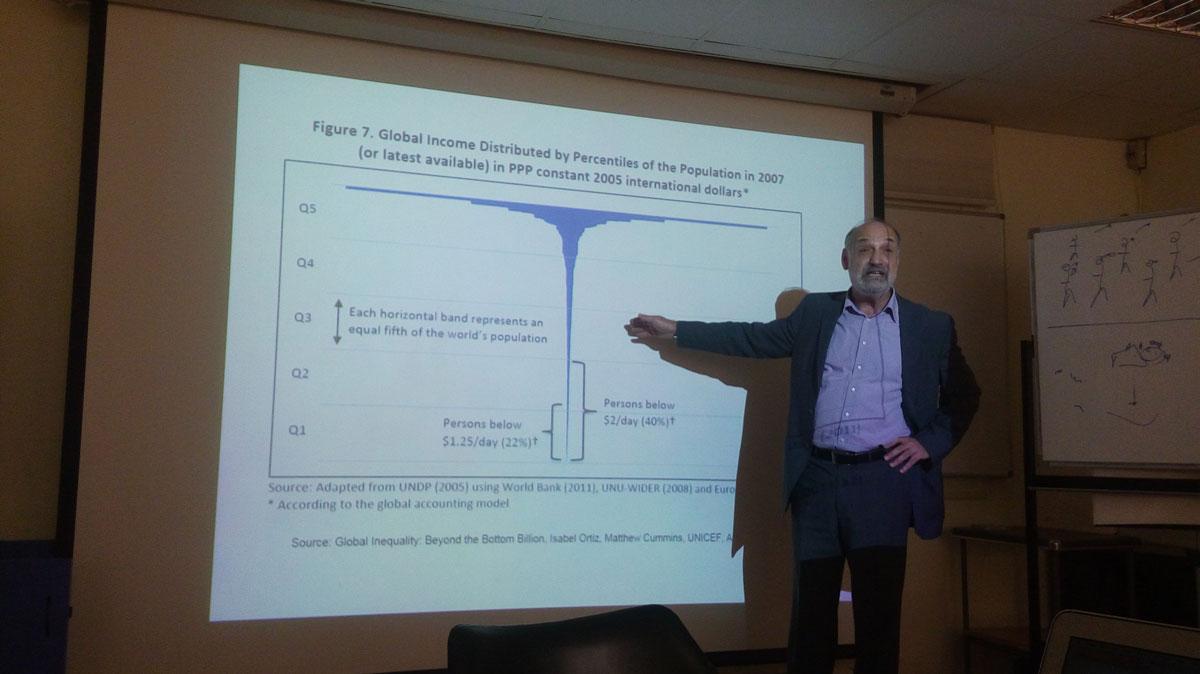 He began by explaining how development came about and why the developed countries always looked suspicious. His presentation included a discussion around the concept of Millennium Development goals (MDGs) and how they were established. He considered that although it was supposed to be a global development, the MDGs were written by 8 people. He further elaborated on the weaknesses and controversies surrounding particular issues such as sexual health and the challenge to obtain the compliance of many countries in the world. Farah discussed the way to win governments over the principles of the MDGs, stating his“believe that the only way you win governments over matters of SDGs is to be critical”. Farah further discussed the concept of “leaving no one behind”, the heading of SDGs, and how it has significant implications on countries like Lebanon with so many people living under the poverty line. He considered that poverty is only expanding with time. Disparity between the haves and have not is also quite large where 73% of the population held 2.4% of the wealth while the rest is being controlled by minority. 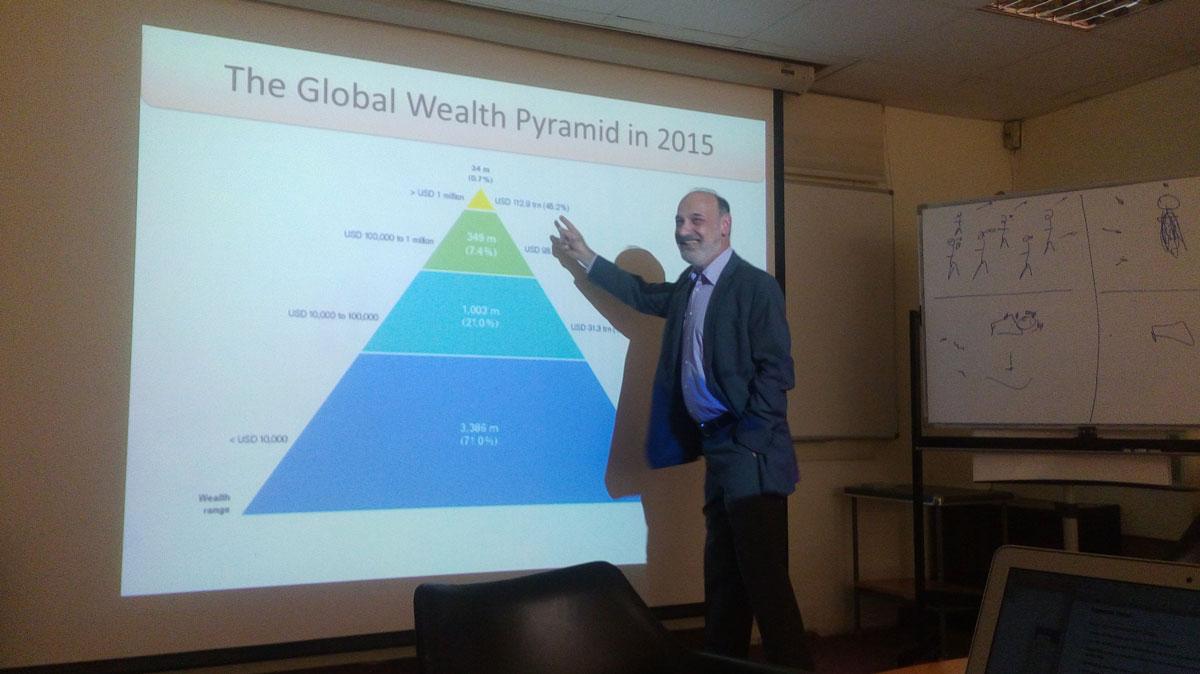 Climate change and human rights were other topics of discussion: “development has been done at the expense of people,” he suggested. The financial crisis of 2008 and the consequential price hike increased the cost of basic commodities by 47%. “I can tell you, poverty is everywhere… the more the country develops, the gap gets wider”, he explained. Farah suggested that the SDG goals have to be prioritized in Lebanon, yet the question of funding remains, emphasizing on the aspect of transparency. He offered a proposed concept that the UN system is working on to help Lebanon achieve the MDGs. He further discussed his work that provide monitoring and implementation support. A short Q&A followed.