LAU Holds a Reception in Honor of Philippe Lazzarini

Beirut, Lebanon – Tuesday 20th. The Department of Social Sciences at the Lebanese American University held a reception in honor of UN Resident Coordinator Mr. Philippe Lazzarini who has delivered a graduate seminar in International Affairs. Dr. Imad Salamey, Associate Chair of the Department of Social Sciences presented Lazzarini with a certificate of appreciation.  Salamey considered that the international experience of Lazzarini and his extensive knowledge of the work of international organizations were of significant importance in the preparation of graduate students as future leaders. Dr. Sami Baroudi, Professor of Political Science at LAU, represented Provost George Najjar and expressed the university’s gratitude for Lazzarini’s contributions that have helped strengthen the International Affairs program. Baroudi explained that the International Affairs program “has been one of the first in the region to give courses on international organizations,” and to help students “benefit from the long-term presence of the United Nations in Lebanon.” 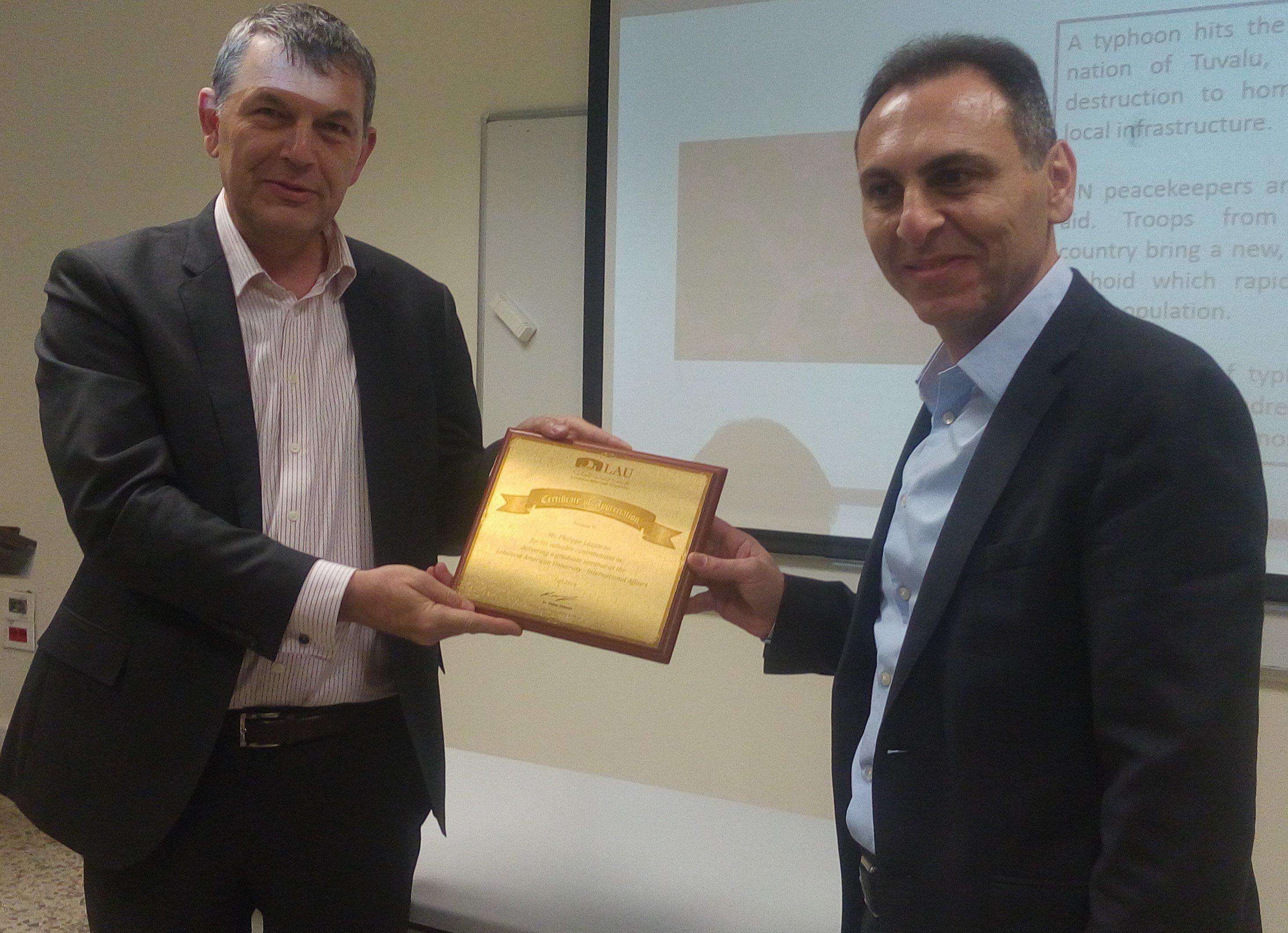 The reception featured guest speaker Antonia Mulvey, the Executive Director of Legal Action Worldwide (LAW). Mulvey discussed International law frameworks and enforcement mechanisms. She examined several cases prosecuted by international lawyers, including controversial cases of state leaders under universal jurisdiction. Mulvey briefly discussed the Special Tribunal for Lebanon, which was established by the UN Security Council and considered the first tribunal to prosecute a case of terrorism. She compared the difference between signing a treaty and actually implementing it under state sovereignty, referring to Lebanon where conventions, such as that against torture, are signed but not implemented. She stressed the importance to reform aspects of international law in order to strengthen implementation and protection mechanisms.