The English Department at the Lebanese American University hosted an in-house public speaking competition at the Beirut campus on Saturday, December 03, 2016. The in-house competition comes about a month prior to the major national one taking place on January 14, 2017. The event was organized by LAU faculty members Dr. Nabelah Haraty and Ms. Mona Shahine in collaboration with the English Speaking Union (ESU) of which they are executive members.

The ESU is a prestigious academic association that aims at enhancing people’s communication skills and developing their self-confidence. For that sole reason, the ESU has established the National Public-Speaking competition 17 years ago.

For the last 10 years, LAU has been honored to host this respectable and reputable event on its campus. Despite offers from other universities, LAU has managed to keep this annual event at its premises as “LAU has become the hub for the public speaking competition,” assures both Dr. Haraty, the ESU coordinator of Speech Competition and Debate Activities and Ms. Shahine, the ESU Honorary Secretary.

According to Ms. Shahine, this year, the competition at LAU was opened for all students enrolled in the Oral Communication (ENG203) course on both campuses: Beirut and Byblos. However further conditions were set, primarily that the candidates should be Lebanese, under 21 of age, and should deliver a 5 minutes speech on a predetermined topic. 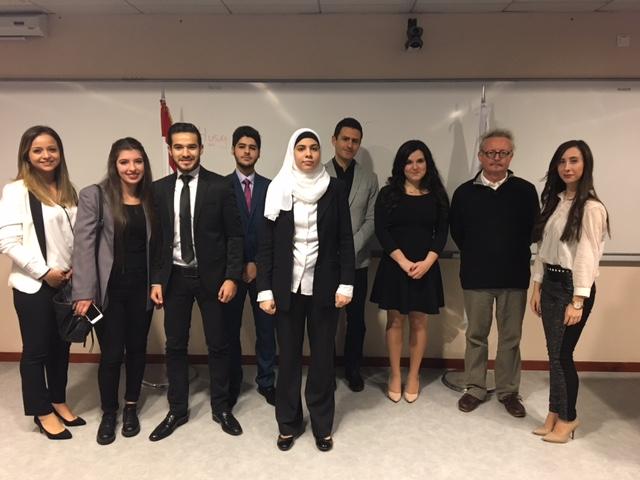 This competition “encourages students to improve their public speaking skills and to listen critically to their colleagues ’ presentations and compare it to theirs and at the same time see how ‘non academic’ people evaluate their speeches,” states Dr. Haraty.

Under these conditions, the competition resulted in 2 winners who are now advanced to a higher level, which is the National Competition. The two winners are Adel Wehbi, an Engineering student and Yara Issa, a Business student. 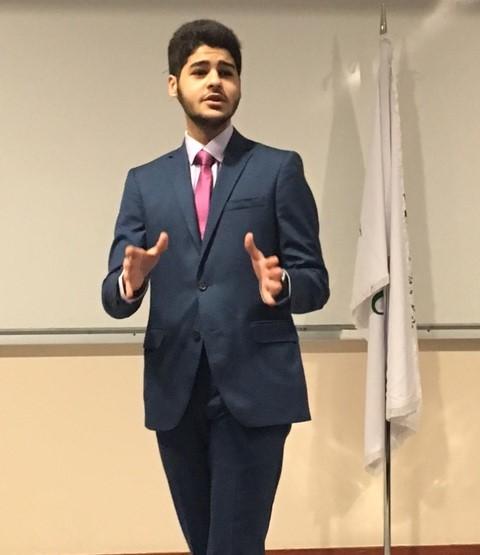 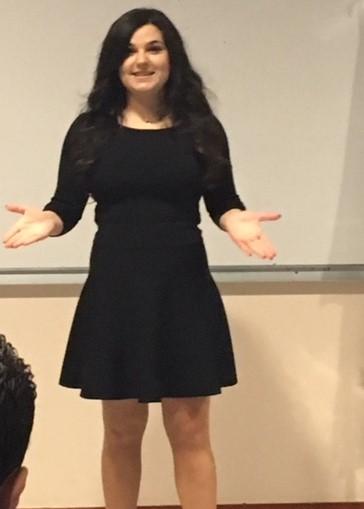 The national competition occurs on a larger scale as it is equipped with a very distinguished and high-status jury and incorporates participants from all over the country. “Over the years, the handpicked jury members that vary in background have all had a pleasant but tough experience in judging. Many have expressed a willingness to return and serve another time,” notes Ms. Shahine.

Previously, 6 LAU students won the national competition and had the opportunity to represent Lebanon in the international public speaking competition in London and benefit from a priceless and culturally-enriching experience that involves visiting the “House of Lords” and attending “Shakespeare Globe” workshops, affirms Ms. Shahine.

Students “are extremely happy and excited about the competition. They love the edge that honest competition gives them and they feel happy about their communication skills,” as they get to “compete with students from more than fifty nationalities. There the speakers share their stories and inevitably LAU’s name will be promoted internationally,” concludes Dr. Haraty.

With its high proficiency and expertise, LAU is looking forward to host this national event and wishes its two students the best of luck.