The Institute for Social Justice and Conflict Resolution and the Department of Social Sciences hosted Member of Parliament Joseph Maalouf to address the work and challenges of Lebanese Parliament.

MP Maalouf who serves on an ad hoc committee, formed to review “inactive laws”, found that 33 major legislation for which decrees have been issued but have not been implemented.

He considered that by 2020 Lebanon may be heading toward a major environmental disaster if no swift responses are developed to confront the challenges.  This is not pertaining only to waste management but more seriously to the development of adequate sanitary systems.

Maalouf who has worked on various projects aimed for the development of Zahle and Bekaa region considered that the most significant efforts invested thus far is that that aim to reduce the pollution level in the Litani River, which has been culminated in raising more than 100 million dollars for that purpose.

MP Maalouf considered the main role of Parliamentarians is to develop research-based laws, approve of the general budget, ratify international treaties, and of course monitor the execution of these budgets and treaties.

Yet among the challenges facing the Lebanese Parliament are the general misinterpretations of the constitution, political gridlocks, and bringing together politicians from different convictions and stances, and most importantly, gaining the trust of the constituencies. 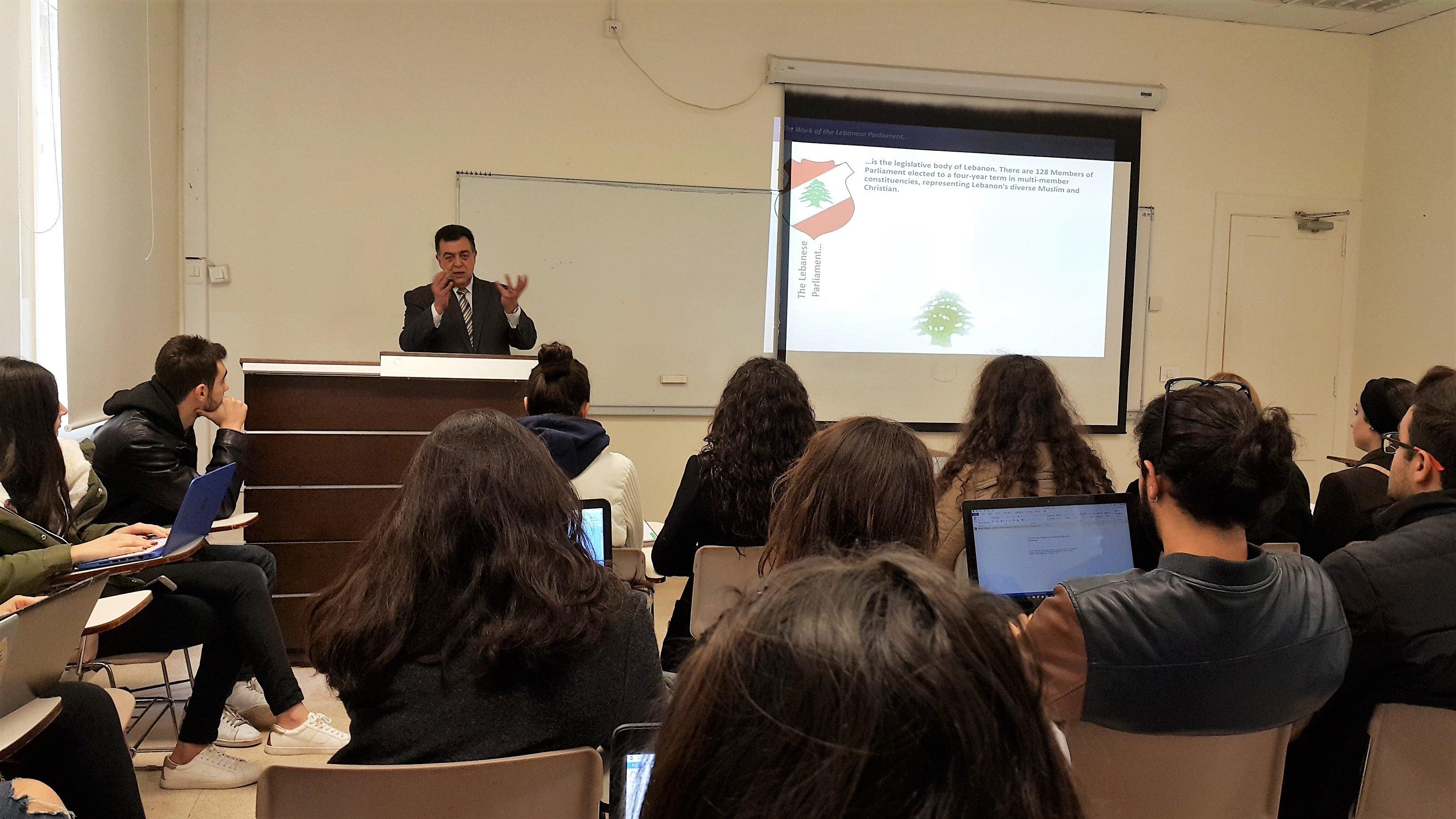 Among his recommendations is to reestablish a Ministry of Planning, establish strict separation between the executive and legislative branches, as well as to instate strong anti-corruption laws to help end political clientalism.

A discussion followed his talk where the audience expressed their concerns about the status of women in political representation and the rights of mothers to pass their nationalities to children as well as relevant issues related to the upcoming Parliamentary elections.  Maalouf expressed his support to women quota in election as well as to the introduction of proportionality in any proposed mixed electoral system.  Yet, he considered the early formation of government as a pre-requisite to expedite the achievement of a new electoral law and to avoid another extension for the current Parliament.