On Saturday January 14, 2017, the Lebanese American University proudly hosted the National Public Speaking Competition at its premises in Beirut. The competition is an annual event organized by the English Speaking Union (ESU) of which LAU faculties Dr. Nabelah Haraty, Associate Professor of English, and Ms. Mona Shahine, Senior Instructor of English, are executive members.

The designated theme this year was: Peace is not the absence of war. This theme is crucial to understand how the youth perceive peace and war and how they endure the brutal and non-humane acts that they either hear about or encounter in their daily lives. Some of those reflected back to the Lebanese Civil War, others to the 2006 war, while many of the contestants chose to dig into the inner peace world. 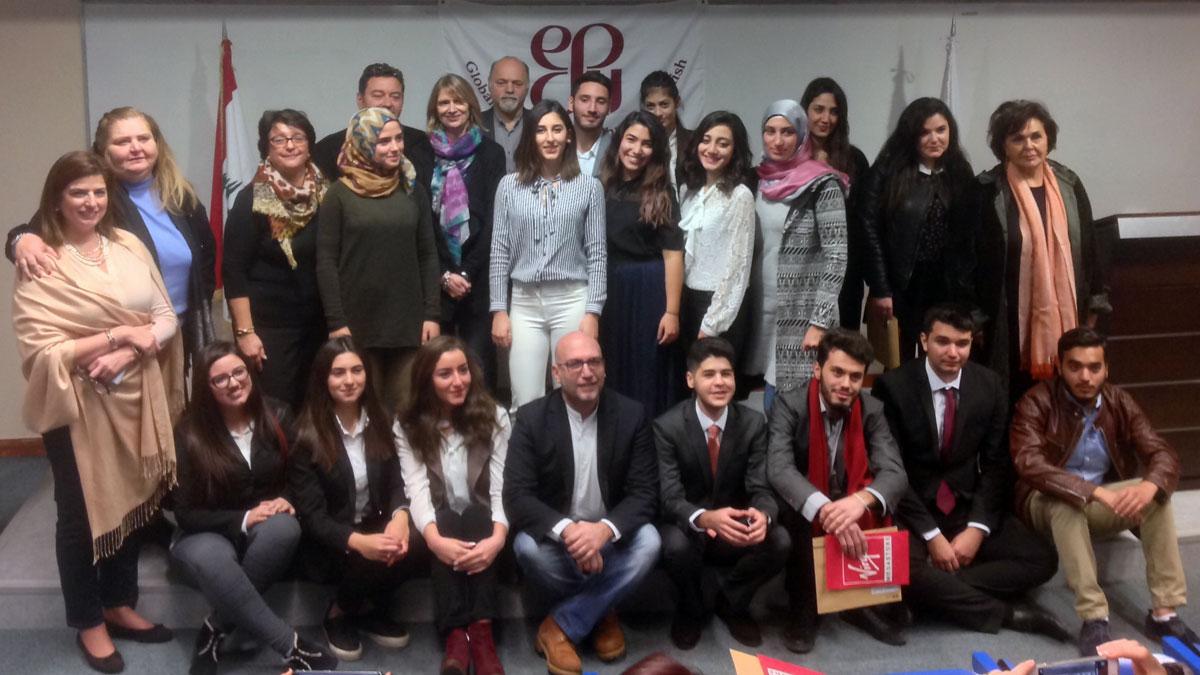 Each contestant had a different perspective and prospect of what peace really signifies. And this is what enriched the competition, according to Dr. Haraty who states that “the topic this time was very complicated and none of the 17 contestants interpreted it in the same way and what was really nice is that there were things that I wasn’t aware of related to the topic such as associating ruins or cells to peace.” 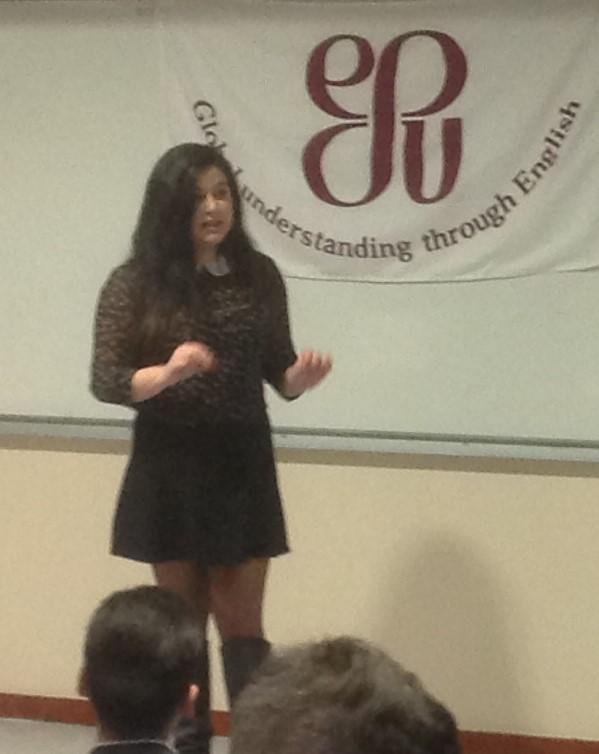 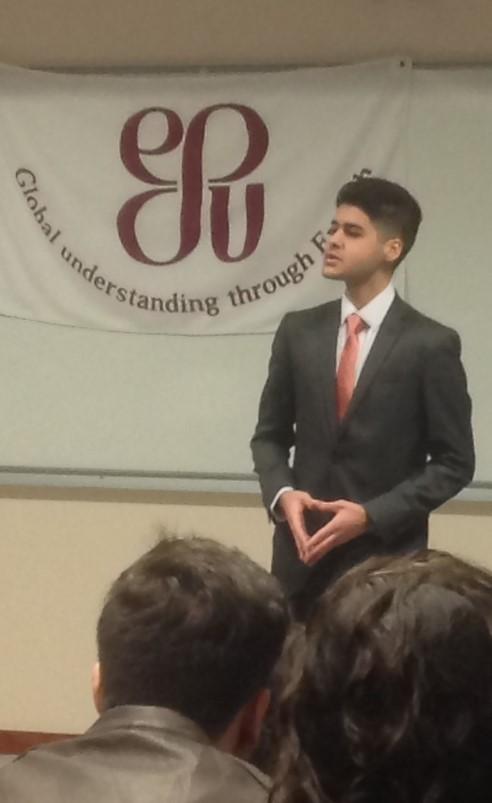 Dr. Haraty explains the reason why the English Speaking Union set the ‘Global Understanding Through English’ as its slogan since “just as Arabic unites us in the Arab world, the global language which is English” unites us all.

After attentively listening to and assessing all the interesting speeches and the various perspectives of the students, the jury announced the winner to be Sawsan Wehbi. Wehbi is a biology student at NDU who impressed the jury with her association between the anatomy of the human being on one hand and the concept of peace on the other as well as her theatrical performance. Wehbi won a trip to inspect the cultural heritage of London including the “House of Lords” and the “Shakespeare Globe” workshops.

The national public speaking competition has enhanced the critical thinking capacities of youngsters to help them engage in the public debate about peace and war, which certainly meets with LAU’s aspirations to attain and develop a society full of critical thinkers who can alleviate injustice and instill peace rather than being mere passive learners.