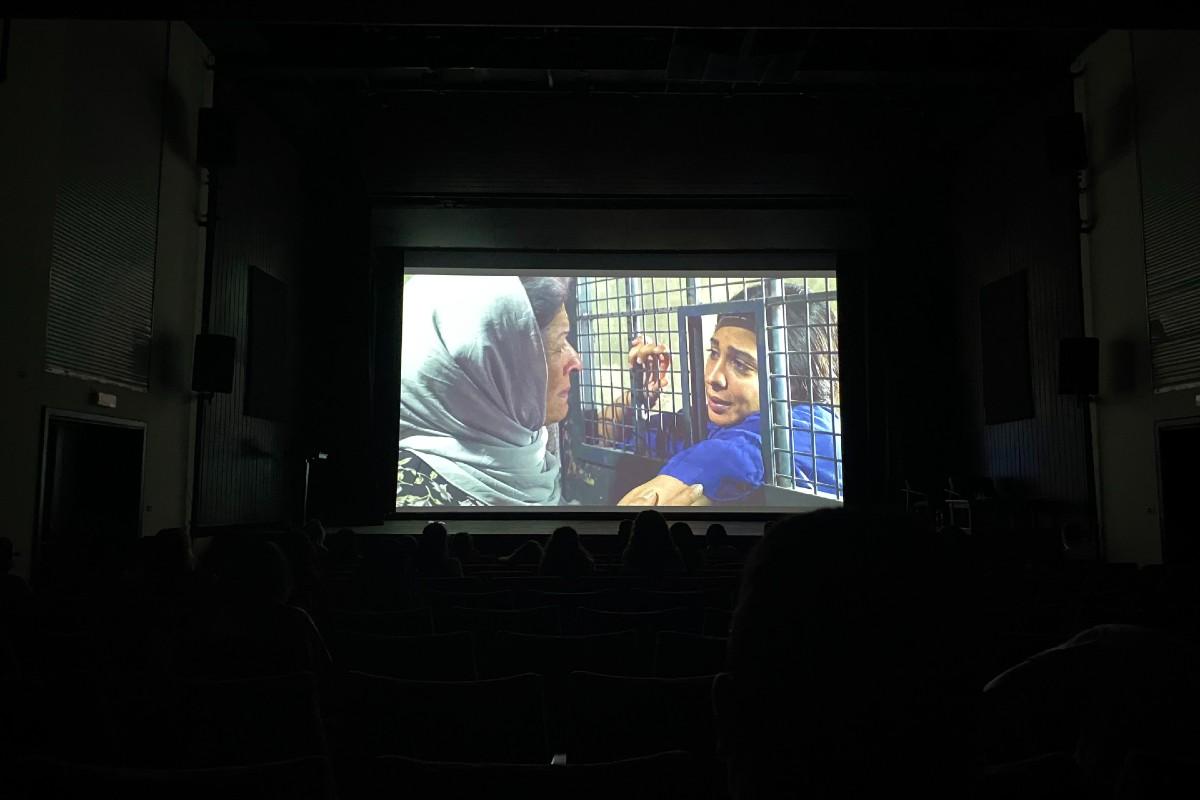 The screening was held on the Beirut and Byblos campuses and attended by nearly 80 students from the Communication, Journalism, TV/Film, and MEPITLS programs.

After the screening, Masri discussed with students her film and its messages of hope, the importance of knowing history, and the visual poetry of filmmaking. She also shared her experiences as a Palestinian woman working in the film industry and talked about the history of Arab women in launching filmmaking in the region.

The film showed Israeli violations of human rights, but also reflected the resilience of Palestinian women’s powerful role in fighting oppression. The event ran smoothly thanks to the assistance and support of staff and faculty at LAU.

The event was organized by Assistant Professor of Multimedia Journalism and Communication Gretchen King and attended by Myriam Sfeir Murad, the director of LAU’s Arab Institute for Women.

Netflix subscribers can watch 3000 Nights along with two other documentary films by Masri, Children of Shatila (1998) and Frontiers of Dreams and Fears (2001).