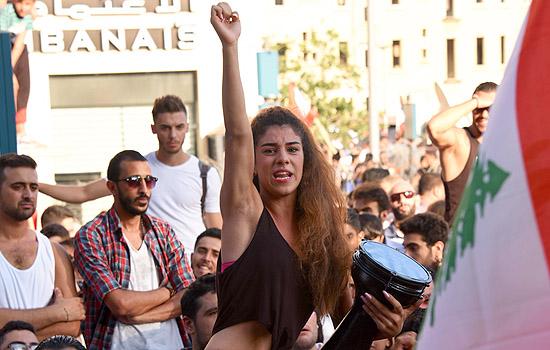 IMRT advocates for the rescinding of discriminatory laws that have held Lebanese and Arab women back, and for the introduction of new legislation and policies that promote a gender equitable society and workplace. IMRT is part of a recently proposed anti-discrimination and anti-sexual harassment law, in collaboration with a number of women rights civil society organizations. 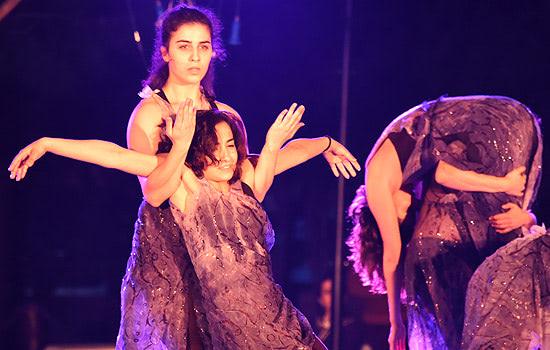 Gender as a performance

For centuries, the woman’s body has been a contest ground for social and political control of society, as well as the symbol of cultural liberation and artistic expression. The fight for women’s rights has many forms, and to achieve social justice, we need to use any media necessary, including the performing arts. 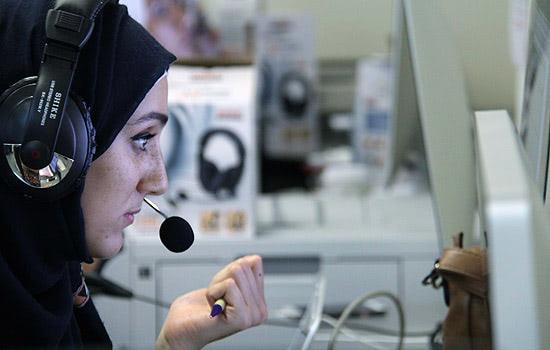 Researching the portrayal of women in media, the obstacles women journalists face in the workplace, and the role gender plays in various media professions will help us tackle the most daunting problems that face women in Arab society and guide our training and advocacy campaigns.

Palmer, Lindsay and Melki, Jad. (2016). Shape Shifting in the Conflict Zone: The Strategic Performance of Gender in War and Conflict Reporting. Journalism Studies.
The war journalist is often portrayed as a ruggedly masculine individual who survives on hard work, self-sufficiency, and heroic dedication to the truth in a stoic culture and dangerous environment. Yet, the growing number of female war journalists subtly complicates this traditional narrative. Female war reporters navigate the precariousness of the conflict zone through the strategy of shape shifting—of switching gender performances depending on the environment and the audience. This article examines the shape-shifting phenomenon in the field, relying on 72 qualitative interviews conducted with English- and Arabic-speaking female journalists who have covered various wars and conflicts in the Arab region and beyond. On one level, interviewees say that they can work in precisely the same way as their male counterparts, downplaying their femininity and accentuating their own masculine qualities. On another rather paradoxical level, women war correspondents also sometimes foreground their feminine accessibility and intuition, especially when engaging female sources and entering private spaces inaccessible to male journalists. Finally, female conflict reporters sometimes perform an exaggerated version of feminine weakness or tacitly accept sexist treatment, especially when shape shifting can save them from danger or help them circumvent obstructions. http://www.tandfonline.com/doi/full/10.1080/1461670X.2016.1161494

Melki, Jad, and Mallat, Sarah. (2016). Advantages and Disadvantages of Digital Media for Activism, Al-Mustaqbal Al-Arabi, 432.
This study explores how the digital media revolution and social media have affected the work of CSOs and activists in Lebanon, focusing on the advantages and obstacles these new media have created.

Melki, Jad, and Mallat, Sarah. (2014). Block her entry, keep her down, and push her out: gender discrimination, sexual harassment, and the disenabling legal and social environments that face women journalists in the Arab world. Journalism Studies.
This study examines why female journalists in an Arab country continue to be marginalized. It hypothesized that a set of interrelated factors, pertaining to gender discrimination, sexual harassment, and the lack of a legally and socially enabling environment, work together to systematically discourage and block women’s entry into the news field, push those who made it out of the profession, and keep those who have endured down and siloed in specific roles away from decision-making and policy-setting positions. The study uses a mixed-methods approach, including a survey of 250 Lebanese, Arab and international female journalists working in Lebanon, qualitative interviews with 26 female journalists, as well as analysis of ownership documents and minutes of board meetings. Findings suggest that structural, institutional and cultural obstacles that have faced women for centuries around the globe continue to operate with potent effects in Lebanon, and by extension in the Arab region. http://www.tandfonline.com/doi/full/10.1080/1461670X.2014.962919

Melki, Jad, and Mallat, Sarah. (2014). Digital Activism: Efficacies and burdens of digital and social media for civic activism. Arab Media and Society (Special Edition), 19(Fall).
This article explores digital activism among Lebanese social movement organizations (SMOs) using a social movements theoretical framework. It highlights the commonly used digital and social media tools for activism, and analyzes their perceived benefits and disadvantages. The study used a mixed methods approach, combining qualitative interviews, focus group, and participant observation methods.  It found that digital activism is on the rise, and that social media platforms offer many perceived benefits for activism work, but also create significant obstacles in both the digital and offline realms. As such, this article offers recommendations, based on best practices, to bolster the efficacy of digital activism in Lebanon. http://www.css.ethz.ch/en/services/digital-library/publications/publication.html/184973

Melki, Jad, Mallat, Sarah, Farah, May, Annan, Rawan. (2014). [Confronting Rampant Gender Discrimination and Sexual Harassment in the News Workplace in Lebanon, Journal of Communication and Development, 11(September)].
This report builds on the finds that practices of sexual harassment and gender discrimination are rampant in the Lebanese journalism and communication workplaces, and offers recommendations of best practices on dealing with these problems.

Melki, Jad. (2014). Educating Media Professionals with a Gender and Critical Media Literacy Perspective: How to battle gender discrimination and sexual harassment in the media workplace. In Aimée Vega Montiel (Ed.), Media and Gender: A Scholarly Agenda for the Global Alliance on Media and Gender. International Association for Media and Communication Researchers (IAMCR) and UNESCO.
This chapter outlines these obstacles and the prevalent discriminatory climate in the new media industry, and demonstrates how a combination of institutionalised gender discrimination, entrenched sexual harassment, rooted cultural sexism and the lack of laws, policies and enforcement mechanisms that protect and empower women to stay and advance in their careers all lead to reproducing this gender inequality and discriminatory climate that keeps many women out of the media workforce, discourages their advancement to higher positions, pushes women’s issues out of the public sphere and normalises stereotypical media portrayal of women and men. The chapter then discusses whether more proactive educational policies at the university level, and changes in policies at the legislative and institutional levels, may help alleviate this situation and contribute to better preparing women (and men) to deal with the dominant discriminatory culture in the workplace, manoeuvre their career advancement and try to alter these practices. In addition, the chapter suggests that injecting critical media literacy and gender studies into journalism and media studies curricula may help better prepare students for a workplace rife with gender and other discriminatory practices. The chapter uses as its case study Lebanon, where surveys, observations and in-depth interviews with journalists and media managers have been conducted to address this matter. Despite the focus on this small country, research demonstrates that Lebanon is not unique when it comes to gender inequality in the media workplace and many of the findings may be generalised globally.

Melki, Jad, and Mallat, Sarah. (2013). Lebanon: Women Struggle for Gender Equality and Harassment-Free Newsrooms. In C. M. Byerly (Ed.), The Palgrave International Handbook on Women and Journalism. Palgrave Macmillan.
Lebanon has historically been one of the most liberal and progressive countries in the Arab world, with a relatively free media climate and a culture and legal environment largely conducive to gender equality. Censorship in Lebanon remains nowhere near as stringent as in most of its regional counterparts, although journalists and bloggers self-censor for personal safety (Alabaster 2011). The country has a long tradition of press freedom, but nearly all media have ties to political groups (Al-Najjar 2011). Women have legal access to virtually all occupations and professions and enjoy equal constitutional rights with men, despite the persistence of some discriminatory laws and practices. In addition, Lebanese women in most professions face a national trend of underrepresentation in positions of power, especially within the news industry. As was learned in the Global Report on the Status of Women in the News Media (Global Report) study, Lebanese news companies employ twice as many men as women, and the disparity further increases as we go up the corporate ladder (Byerly 2011). http://link.springer.com/chapter/10.1057%2F9781137273246_31

Melki, Jad. (2011). Lebanon. In Carolyn Byerly (ed.). Global Report on the Status of Women in the News Media. International Women’s Media Foundation: Washington, DC.
Lebanese women journalists comprise less than half of the workforce at news companies surveyed, demonstrating that women experience considerable difficulty gaining access to their profession. In addition, women are under-represented in every single job category except two – senior level management (42.9%) and sales, finance and administration (48.8%). Representation in other categories ranges mainly in the 20-30 percentiles. In spite of women’s low representation, Lebanese women journalists who do gain access to jobs at the companies surveyed enjoy fairly equal compensation with that of men at many occupational levels, and in some cases, women’s pay was found to exceed men’s. In addition, nearly all women are employed mainly in full-time jobs with benefits in the companies surveyed. At present, most Lebanese news companies have not moved strongly toward gender equality in their policies. Few have adopted specific policies on gender equity, sexual harassment, paternity leave or child-care assistance. Most do have policies on maternity leave, returning women to the same jobs after pregnancy, and providing educational training to women.