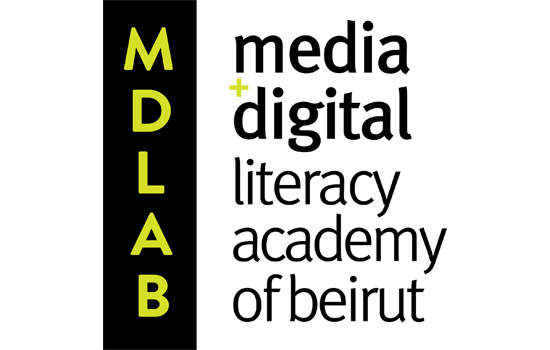 MDLAB aims to advance digital and media literacy education in the Arab region by training a generation of academics, trainers, students, journalists and activists and developing locally rooted curricula that address Arab issues. MDLAB offers students and academics a unique opportunity to study media and digital literacy with leading Arab and international experts. Since its inception in 2013, MDLAB has been able to spread media and digital literacy education to over 30 universities and school in the Arab region. In recognition of these accomplishments, MDLAB won the 2015 UNESCO- UNAoC International Media and Information Literacy Award. 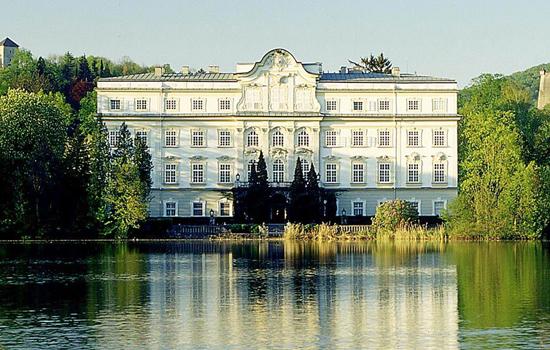 The Salzburg Academy on Media & Global Change brings together passionate undergraduate and graduate students from top international university to examine how media affect our understanding of ourselves, our cultures, and our politics, and to learn how we can use media to better cover global problems and offer innovative media-driven solutions. Faculty members from over 24 universities from across the globe participate in the Academy, giving lectures and acting as mentors to small student teams. Students earn two courses in three weeks by participating in the Academy’s summer session.

IMRT’s Media and Digital Literacy workshops provide cutting edge training that blends theory and practice and seeks to promote civic activism and respect for human rights, social justice, and freedom of expression. The training targets school teachers, media trainers, activists, journalists and students. Digital and Media Literacy training strives to enhance the ability of individuals and communities to effectively access, understand, assess, analyze, and compose media messages in various formats. Media and Digital Literacy initiatives at IMRT include “The Rally against Apartheid: Resisting Occupation in Cyberspace” that aims to develop strong counter-narratives that debunk dominant Zionist narratives and to cultivate skills that transform such counter narratives into digital media.

Melki, Jad. (2017).  Media, Youth, and Radicalization: The Role of Media and Digital Literacy in Countering Violent Extremism. Institute of Media Research and Training (IMRT). Lebanese American University.
As part of the 2016-2017 MDLAB research agenda, this project focuses on media and youth radicalization in Lebanon. Through this report, we hope to provide policy makers, educators, scholars, journalists, trainers, activists, and students with an overview of the situation of media literacy and media and youth radicalization in Lebanon and the region and inspire governments, civil society groups, schools and universities to incorporate media and digital literacy curricula at the core of the Arab education system at all levels—from elementary school to graduate university education. Report Document.

Melki, Jad, and Mallat, Sarah. (2014). Digital Activism: Efficacies and burdens of digital and social media for civic activism. Arab Media and Society (Special Edition), 19(Fall).
This article explores digital activism among Lebanese social movement organizations (SMOs) using a social movements theoretical framework. It highlights the commonly used digital and social media tools for activism, and analyzes their perceived benefits and disadvantages. The study used a mixed methods approach, combining qualitative interviews, focus group, and participant observation methods.  It found that digital activism is on the rise, and that social media platforms offer many perceived benefits for activism work, but also create significant obstacles in both the digital and offline realms. As such, this article offers recommendations, based on best practices, to bolster the efficacy of digital activism in Lebanon. http://www.css.ethz.ch/en/services/digital-library/publications/publication.html/184973

Melki, Jad. (2014). Educating Media Professionals with a Gender and Critical Media Literacy Perspective: How to battle gender discrimination and sexual harassment in the media workplace. In Aimée Vega Montiel (Ed.), Media and Gender: A Scholarly Agenda for the Global Alliance on Media and Gender. International Association for Media and Communication Researchers (IAMCR) and UNESCO.
This chapter outlines these obstacles and the prevalent discriminatory climate in the new media industry, and demonstrates how a combination of institutionalised gender discrimination, entrenched sexual harassment, rooted cultural sexism and the lack of laws, policies and enforcement mechanisms that protect and empower women to stay and advance in their careers all lead to reproducing this gender inequality and discriminatory climate that keeps many women out of the media workforce, discourages their advancement to higher positions, pushes women’s issues out of the public sphere and normalises stereotypical media portrayal of women and men. The chapter then discusses whether more proactive educational policies at the university level, and changes in policies at the legislative and institutional levels, may help alleviate this situation and contribute to better preparing women (and men) to deal with the dominant discriminatory culture in the workplace, manoeuvre their career advancement and try to alter these practices. In addition, the chapter suggests that injecting critical media literacy and gender studies into journalism and media studies curricula may help better prepare students for a workplace rife with gender and other discriminatory practices. The chapter uses as its case study Lebanon, where surveys, observations and in-depth interviews with journalists and media managers have been conducted to address this matter. Despite the focus on this small country, research demonstrates that Lebanon is not unique when it comes to gender inequality in the media workplace and many of the findings may be generalized globally.

Melki, Jad. (2014). The interplay of Politics, Economics and Culture in News Framing of Middle East wars. Media, War & Conflict, 7(2), 165-186. SAGE Journals.
A significant part of a modern war entails the struggle over news frames to influence public opinion. Studying these news frames in a comparative international context may offer insights into the factors behind frame construction. The 2006 Lebanon–Israel war offers a well-defined case for such comparative study. This study examined how mainstream Arab, Israeli and US television networks framed the conflict. It found strong regional framing trends explained as an outcome of the interplay of political, economic and cultural factors that confined each network’s journalistic practices. The trends revealed a strong correlation between Israeli and US news framing, with some exceptions, and a division between two Arab media camps, both of which generally offered framing supportive of Hezbollah. http://journals.sagepub.com/doi/abs/10.1177/1750635214537405

Melki, Jad. (2013). Sowing the Seeds of Digital and Media Literacy in Lebanon and the Arab World. The Importance of Locally Grown and Sustainable Curriculum. In De Abreu, B. S., and Mihailidis, P. (Ed.), Media literacy education in action: theoretical and pedagogical perspectives. Routledge.
This chapter reviews the advance of digital and media literacy in Lebanon and its potential for enhancing media education and fostering a participatory culture in the region. It highlights the success of a local digital and media literacy brand in instilling critical thinking skills among university students and empowering them to become active producers and full participants in contemporary culture. It tracks the continued attempts to develop and spread media literacy at Lebanese universities, schools, and civil society groups, in the hopes of promoting social change through education and empowerment.

Melki, Jad. (2009). Journalism and Media Studies in Lebanon. Journalism Studies
The study used mixed-methods to map out the field of journalism and media studies in Lebanese universities and deploys a Q-technique to capture faculties’ opinions. The Q-analysis of 29 instructors revealed three groups of opinions towards journalism studies: one advocated a professional approach, one preferred a communication arts focus, and one pushed for a theoretical and research-intensive orientation. While the three groups differed on various matters, they all agreed that journalism and media studies in Lebanon urgently needed more qualified faculty, locally oriented research, and relevant academic and technical resources.  http://www.tandfonline.com/doi/abs/10.1080/14616700902920174